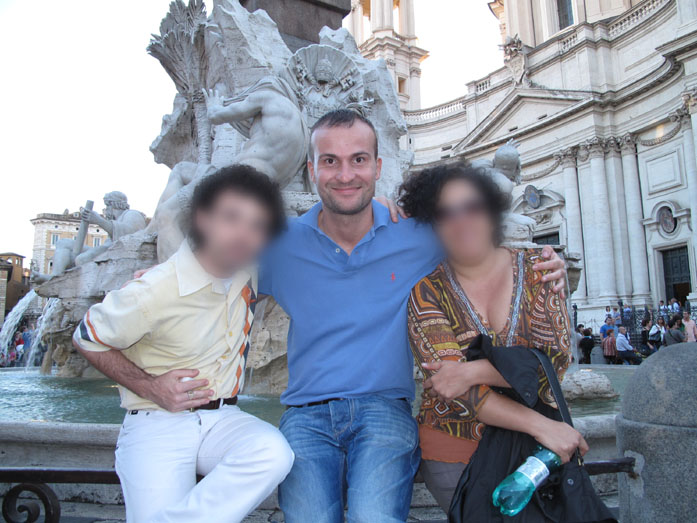 It was 2010. I was working as a story editor in a production studio in Rome. We produced a program that was aired by MTV Italy. Maybe you’re now wondering:

When the word “story” is added to “editor,” it means that you also have to decide which footage to insert in the final video, while the editor just uses the software and executes what his colleague tells him to do. Something like an annoying and nervy person sitting on your side with a cup of coffee on his hand saying:

Take just that sentence from that interview. And do it fast (rudeness is included in the contract when you work for TV).

Anyway, in a low budget TV show (like it was mine) sometimes filmmakers become editors, and researchers become producers, and suddenly you understand what the word “anarchy” stands for:

During those days in that production, none of us had ever been able to understand WHO would decide WHAT, and being called a story editor, rather than a Final Cut user, was just a label for the final credits. Maybe for this reason, or probably for the economic problems of the TV industry, in 2013 the program was shut down, and a couple of years later the same happened to MTV Italy, which closed because young people no longer watched TV.

Do you remember Al Pacino in Scent of a Woman when he says:

Don’t be sorry. How would you know? Been watching MTV all your life.

That was 1992, and I was 15 years old. I incredibly loved that film, even if MTV had just come to Italy and Al Pacino was dubbed:

…Been watching TV all your life.

By the way, in the meantime, the world has changed, and today young people stay all day long watching Snap Chat and not MTV.

This introduction is to tell you a story that still makes me think. In 2010 we were four years since the launch of Pond5, RevoStock and the stock footage collection of Istockphoto. Already the microstock agencies earned hundreds of millions of dollars, and a few months later the first 500 Euro camera ready to record full HD video came out:

Living in Rome is a great thing for a microstock producer, because Rome is the third most popular European city for buyers (guess what are the first two cities? I’m telling you in my course!). It is a privilege for those who want to enter the industry to go out of their home and film landmarks that can sell dozens of times.

Watch the clip below:

It’s an awful video (the point of departure and arrival of tilt is too low, the camera movement is jerky, …). Guess Why it is!

As a businessman, I was in a hurry and had to run to the next scheduled stop (Circus Maximus), because when you work, time is money.

So I perfectly knew I could do it better if I had a second chance, but it was not convenient to lose my time achieving the perfect shot. Remember, microstock is not like the movie industry, where a 90 minutes film takes three months to be made. In microstock, you have to film 90 minutes in a single day if you want to pay your travel costs and you want the royalties to pay your salary.

When you are in crowded outdoor areas, a lot of things can disturb you, so you have to adapt your workflow constantly. That makes the difference between a champion and a loser, even if being in a hurry makes you lower the quality of the content you’re producing. Real life is not what you learn in books like:

How to become a film director

Running is what you have to do if you want to bring money home. You’re not Stanley Kubrick, even if when you were a kid you dreamt that one day you’d be like him. Producing stock footage for Pond5 is not like directing “Barry Lyndon.”

Just film the best way you can, and after pressing the stop recording button to think about the next shot, as I did in Rome:

That paid my bills.

When you become a professional, your goals are different.

Use the art of compromise when you shoot, a bit as it happens in the real world.

While working for that TV program, I had dozens of colleagues, because we worked for a company that produced many projects. In Italy, the golden ages of television were over, so people who worked in the industry were not rich, at least if they were those who worked behind the camera. I said it was 2010, so not exactly the early days of Microstock, and when I introduced my colleagues to the microstock world, telling them that they could make a lot of money producing stock footage and stock images, they simply didn’t know it was possible, even if some of them were technically gifted and already worked with equipment accepted by agencies. That was just crazy because they could walk 15 minutes from the place where we worked, take a few seconds shot with the camera they already had, and earn more money than what they earned in one week. Not because they were great filmmakers, not because they were in the right place (millions of tourists come to Rome every year), but simply because they could take that shot before anyone else. They paid for their ignorance, a loss of thousands of dollars, and that’s exactly what you don’t have to do.

Why a person whose salary was of “fast food” level and knows how to film doesn’t spend his spare time producing stock footage?

I still don’t know it. I cannot tell you if that was due to a “small town” mindset (even if Rome has 3 million inhabitants), due to a lack of awareness on technology or due to the myth of a permanent job (yes, in my country most people still dream about that!), but I just know that in 2010 there were already thousands of photographers and videomakers who made money selling content in the Microstock market, and hundreds of them had a full time job in the industry.

Starting before others can make a huge difference in your life because touring the world with your camera is far better than working at McDonald’s.

At least it is not the same for me, and that’s why I’ve worked hard to become a successful microstock producer. 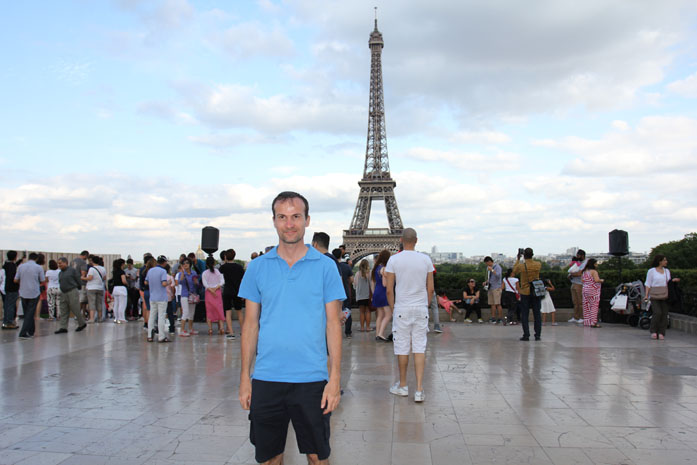 I would be a liar if I said that it is still possible to walk with a camera and a tripod on the streets of Rome and create in a couple of hours the footage that makes you earn more than $1000, because of subjects like big cities, are quite saturated. In July 2015, I went to Paris and London. That took me:

I spent about 1000 euro for trains, flight tickets and hotels. That means I need to get at least 5000 euro in royalties to be paid for my work. At the moment, I’m on my way to that figure, and I’m sure in a couple of years I’ll do that because I spent ten years to learn:

And I’ve never stopped studying how to work better. The only problem for a newbie is that nowadays those who want to produce stock images and stock footage have to hurry because

every day it becomes more difficult to make money.

The success of an online business, being that producing content for microstock agencies but also:

Depends on how good you are, and on 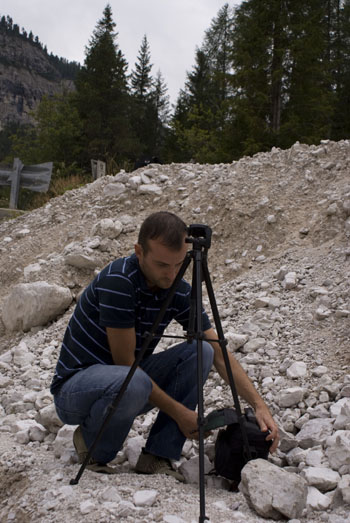 e of the qualities of those who make money on the Internet is to understand what’s going on before their competitors. Remember:

To be a good stock footage producer you must arrive before other people.

You need to be faster in:

I opened the Italian version of this blog in November 2015. Luckily, I had the passive income of stock footage giving me the freedom to spend my days in producing content for my readers. From now on I’m focusing on other projects, so I’m happy I can tell you:

Now it’s your time to earn with Microstock.