In October 2006 a friend of mine who used to design websites asked me if I could take pictures of a project he was working at:

The website of a Bed and Breakfast in Venice, which, by train, is an hour far from the city where I lived. He needed a few images of the interior, the facade and maybe few shots of the “Calle,” which is the typical name of Venice streets.

At that time I was considered by many people the one who knows how to take pictures, so occasions like:

I need some photos, can you do me a favour?

happened frequently. In that case, it was also a paid job for me. Unfortunately, I’m a good boy, and if someone I know asks me something, I find it hard to say no, so my cachet was often a pizza or a recordable CD pack which at that time was a very popular gift. It was not a good thing, but since it was a second job for me and I had not yet passed my thirties, I wasn’t able to deny a favor to a friend. 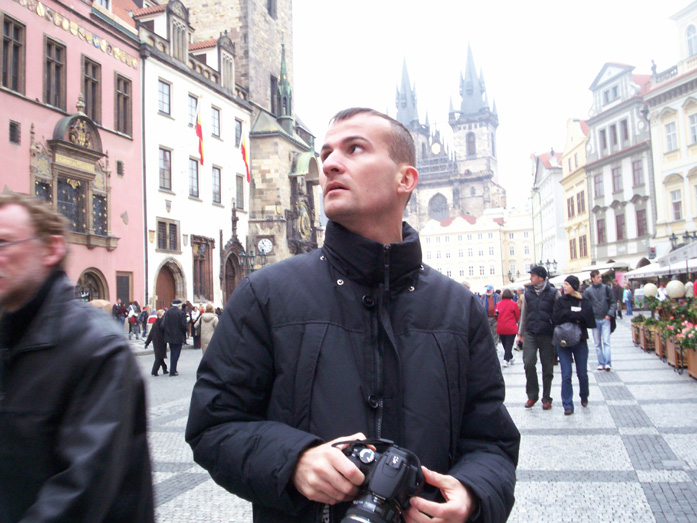 Perhaps for that reason, I did not yet have a digital camera, which in 2006 was more expensive than today, so I asked a man I knew to borrow it, as my Sony bridge (the glorious DSCF717) didn’t seem that professional. The most important rule to be paid by your employer is to be taken seriously. So if you’re hired as a photographer, especially in years like these where everyone pretends to be an artist, the best suggestion I can give you is to come to the place where you have to work showing:

Even if all these things are completely useless for the kind of photos you need, it’s funny, but believe me, that’s the first thing your employer looks at to understand if you’re good or not, even before your portfolio. When you give the images to him, he will always think about your equipment to understand if those images are good or bad.

When I arrived at the train station of my hometown, as always happens when something seems too good to be true, I found my friend, the webmaster, waiting with the bad news:

At that point, I had a Nikon D50 in my backpack, a compact flash, which was the type of memory card that was used at the time (512 MB!), and the day off. You won’t believe me, but my career as a microstock producer began exactly that morning. It was an unexpected event, and I didn’t know exactly what stock images were because I just read a few posts on a photography blog. Anyway:

I had the equipment that almost nobody had at that time (digital reflex were still so expensive!). Instead of sitting on a couch, I drove for an hour to the nearest beach, took 200 photos enjoying autumn sun warming my face up and I finally uploaded those pictures on: 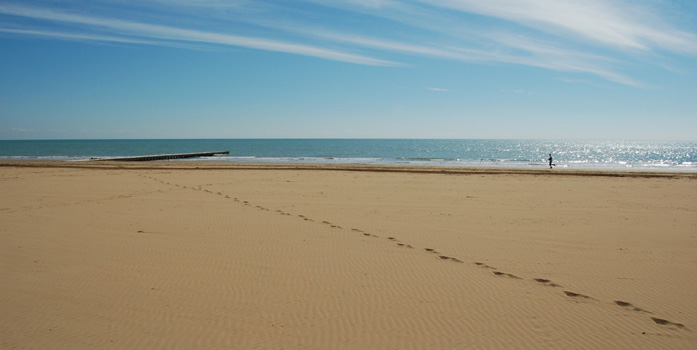 The first stock image I sold. Without that my life today would be different.

Microstock for me was rumored, even if Shutterstock existed for three years and Fotolia for one. Only Yuri Arcurs had realized the potential of stock images. Probably, if on the 7th of February 2007 I hadn’t sold the picture you see above for $1, I would not be writing here, because that sale gave me:

Not for the money, but for understanding that someone had bought my creation. It gave me the desire to become a full-time producer. Without that picture, when I lost my job in 2013, maybe I wouldn’t find the strength to change my life. 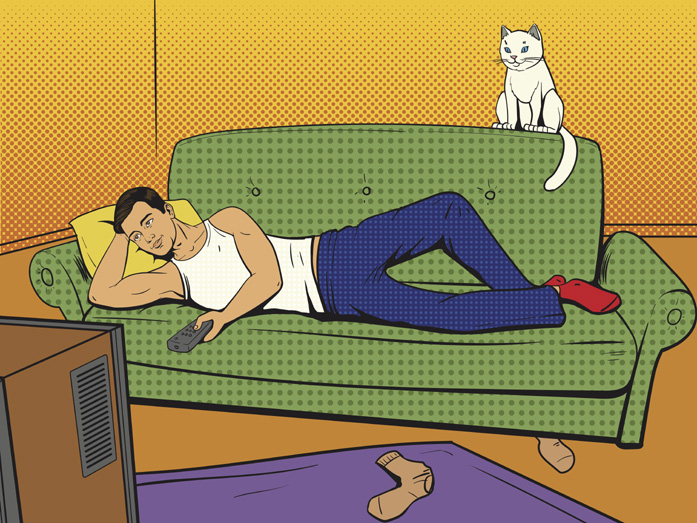 Talk shows in these days are full of debates on various topics that globalization and the economic crisis are generating. I’m not striking anymore against governments. I stopped hoping for a better world because I don’t even trust those who fight against governments. Those people sometimes are worse than them. I don’t want to waste my energy to save the world; I’m just searching for a way to be a better person.

The Internet is the place I love. On the Internet, you can be whoever you are, but only if you’re good, you study and work hard, and you win. Producing Microstock can become a benefit earned thanks to your passion for shooting. Learning how to create stock images and stock footage will give you the pleasure to know that you’re becoming a better person, who produces images and footage used by professionals, whether they are Academy Award documentary directors or just webmasters. Only if you’re better than your competitors, you will make money. Nobody will go forward for foxiness.

Teaching about making money with Microstock, it has been a financial loss for me, because with the shared information I am giving great advantage to my competitors, but every day I go to sleep thinking I’ve improved the people’s lives, and that’s what I love more. 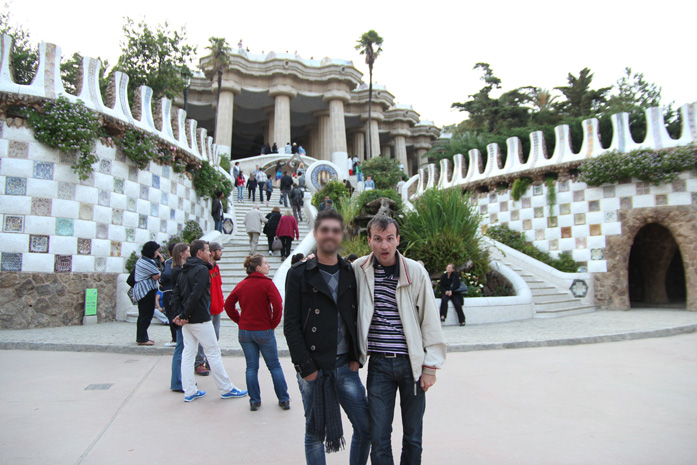 A few days ago, in response to a reader’s question, I read the latest statistics of stock footage I created on a trip I made to Barcelona in May 2012.

To organize earnings on Pond5, if you’ve already signed up and uploaded content, just log in, go to this address, write any keyword in the search box (in my case “Parc Guell”) and press SEARCH: 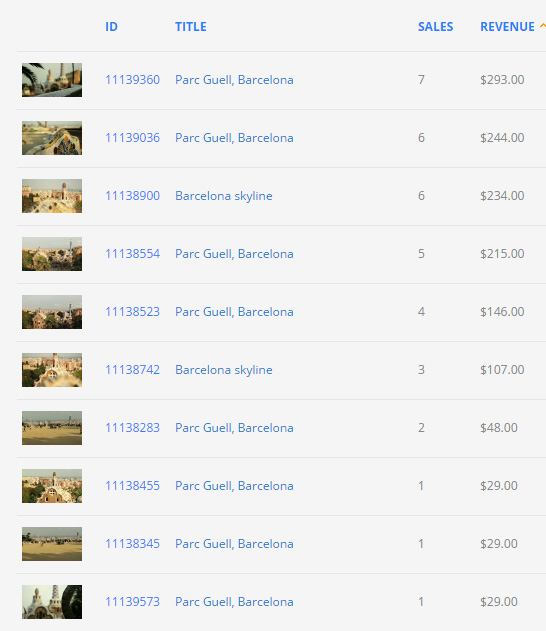 These are Shutterstock earnings only for the three bestseller clips:

This number will update with every single sale. All this happened in one of the cities I love most: Barcelona. It’s a place full of tourists with their cameras, and where I had been many times before I start creating Microstock, and in which I will come back again because I enjoy every time I walk those streets. In other words: it was nice to be there, and it was even better to be there to create Microstock. With this workflow:

In the last 10 years, I travelled and paid my flight tickets selling stock images and stock footage. I visited half of Europe, and I experienced my best professional moments.

I explain it in my course: today it is very difficult to earn the same money with that subject because there’s too much competition on content created on big cities, especially if you’re a newbie. But there are still some alternative subjects to explore, such as:

What you don’t have to do is to get lost in your comfortable sofa. If you believe that out of the door everything is wrong, then start changing your life. It’s not enough to complain about the world on Facebook. That won’t change anyone’s life, but Microstock changed mine, even if everything started with a $1 sale.