I shot this video in September 2013 in Vienna. I was there to create stock footage of the city. Producing content for microstock agencies is a fantastic job because if you have a couple of days because an unexpected event happened, you can set up a trip to a beautiful city and get paid during those days with the sale of stock footage and stock images, as it happened to me. The problem is that planning the shooting in a few hours, regardless of the weather forecast, is not the best way to make money.

If you want to shoot content of a big city: 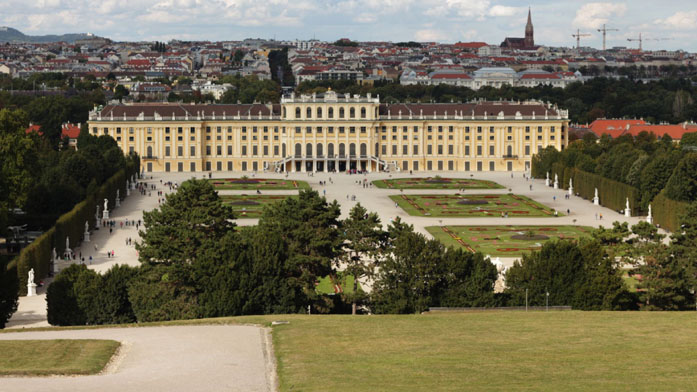 On my second (cloudy) day in Vienna, I went to Schönbrunn, which is the former royal palace and one of the symbols of the city. It is also the place where you find a famous zoo. Of course, there are not so many subjects you can shoot in a city while raining if you want to have the best version of those subjects, but animals are not that bad without the sun.

Before talking about shooting I want to say something: animals at Schönbrunn zoo are treated with proper respect (I saw many symbols of environmental groups there!).

Talking about microstock, the most important thing for you to know is:

With stock footage of zoos (and aquariums) I have always earned back the entrance fee, and in most cases, I also received a good salary for the hours I worked there. But I’ve never got rich with those videos.

Before entering any place you can access by paying a ticket, always ask if you’re allowed to use a tripod. For those of you who have never come to Austria, consider that it is a country that gives absolute freedom for everybody. Until a couple of years ago, you could even smoke in cafes and restaurants, because people who live there are great civic-minded, at least they are more than what we are in the southern part of the Alps (it’s not racism, I’m Italian, and I can say it). So, when I asked:

Can I film with a tripod?

At the ticket desk I found a lady who looked at me with a face that seemed to ask:

And for what strange reason would I say no? 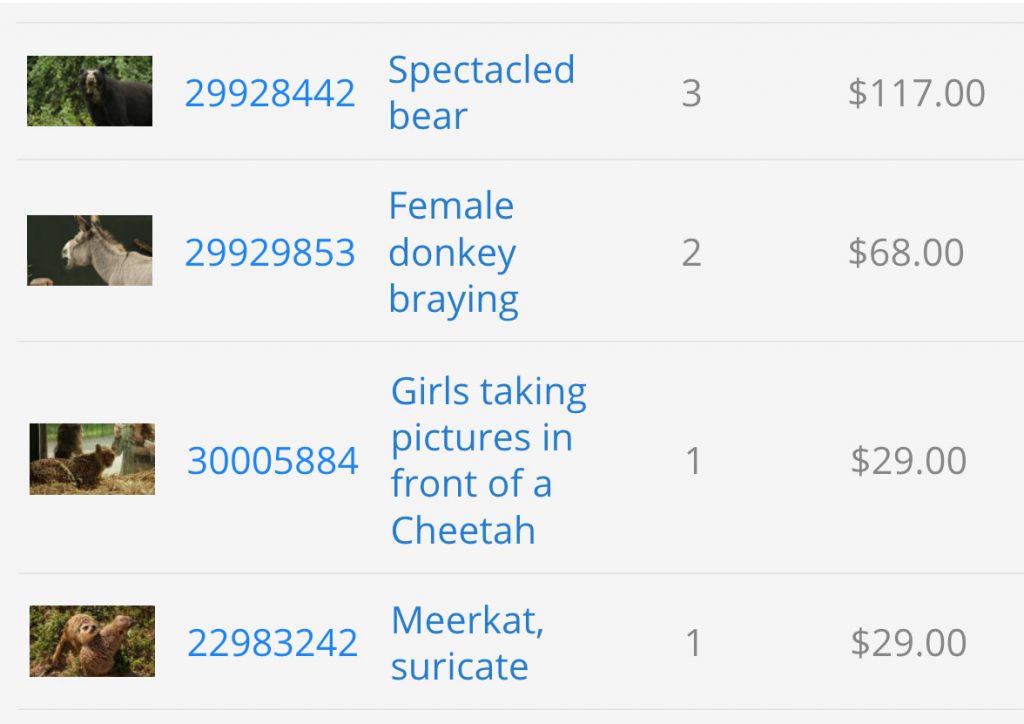 These are the screenshots of my sales reports. Please remember:

In total, it’s $201.20 until now, and I will probably earn in the future a lot more since those are the kinds of subjects that don’t age. I uploaded 30 clips, and both agencies sold the bear’s footage:

Only on Pond5 I also sold:

Why did I sell the bear and the donkey?

As I explained, in zoos you can film, and you can earn money. If you enjoy your time using your camera and want to spend an alternative day among the animals, you should now have some more information to be more profitable with your shots.

Anyway, I was in a hurry, because I was there to film the city of Vienna, which was waiting for me and I could not spend an hour in front of a fence hoping the lion will roar. 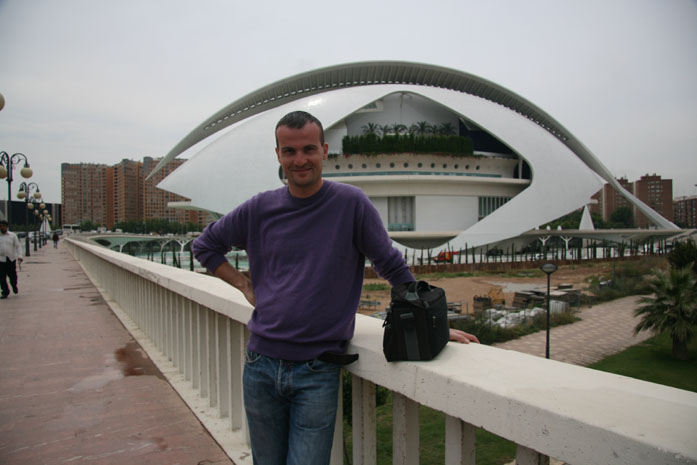 In 2008, at the beginning of my producer career, I went to Valencia, a great city to visit, but not a profitable place to shoot:

If you go there as a tourist, you have to visit the aquarium, which is one of the largest you will ever see. In 2008, the ticket was quite expensive (around €40), but it was a holiday for me, and I could spend my money there.

I was creating a video in real time with an old Panasonic mini-DV Standard definition and 4:3 aspect ratio (unsellable nowadays: my last sale was in 2010!). While writing this post, I went to iStockphoto to see how much I made with the most profitable clip I created there:

88.65 is a lot of money because at that time I was just a tourist with a camera, which produced videos worse than the movies I can create today with my smartphone.

When microstock became my first job (that happened between 2010 and 2013), I went to another aquarium focusing completely on jellyfish (the $88.65 subject), but without even approaching the sale exploits I had with the Valencia Aquarium shot, even if in the meanwhile I sold my Panasonic Mini-DV and bought a Canon DSLR.

That happened only for one reason:

other producers realized how easy it was to make money with little effort, and started uploading the same kind of content.

With aquariums, you can earn less than with zoos, thanks to the little variety of subjects. Maybe if your goal is to earn back the entrance ticket, then you can still be hopeful, if you produce stock footage and not only stock images (it takes only a single sale on Storyblocks/Videoblocks to do it!). 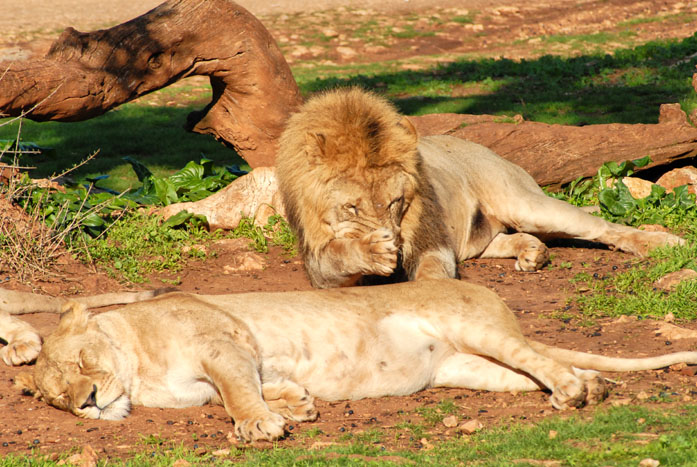 If you want to shoot animals in their natural habitat, you need to have a couple of things in mind.

It is every video maker/photographer dream to spend a day outdoors and repay the time he spent by selling the content he would also have created without the goal of the sale.

Unfortunately, in the Microstock world, it is no longer possible to do that. It takes days to film a wolf hunting a deer or a bear grabbing a fish on the water, and Shutterstock or Pond5 buyers do not request those subjects. Let me tell you a thing you might not like:

In microstock, donkeys are better!

In western cultures, the word “donkey” is a synonym of words like “idiot,” “stupid,” “dumb” even if those animals are more clever than many people I know. But for this silly tradition, stock footage and stock images of donkeys sell, so instead of filming NAT GEO style footage in the Alps or the savannah, it is better to set your tripod outside a horse riding school. Microstock is not art; microstock is business.