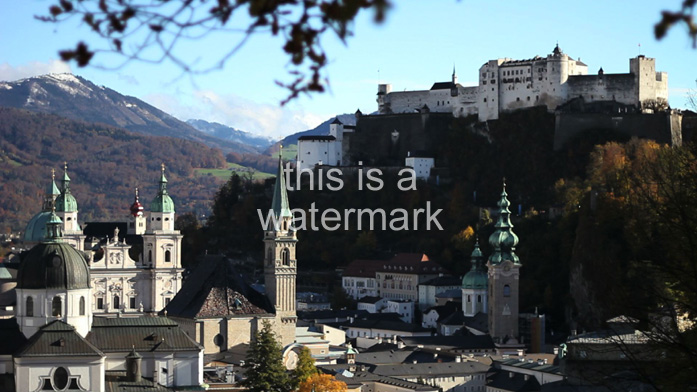 In 2013, I stopped working as an employee. Until then Microstock had been a second job for me. It’s not easy to become a digital entrepreneur, and it’s even more difficult if you want to produce stock footage and stock images, because you get the money months after working.

Things for me were even more difficult: that year I produced a TV format on low-cost travel. I never sold it, even if I’m still convinced it was a great show, and it turned out to be a big waste of money and time for me.

A few weeks after my full time entry into the world of online business, I received an email from a German television channel called HSE24. They were looking for videos of a few minutes shot in some cities, and they had watched on Vimeo some of my work, in particular, those of:

I don’t speak German, even if I incredibly love that country. I’m quite sure they didn’t speak English well, so the question was:

In what language are we going to talk?

One of their collaborators was an Italian-German chef who spoke with a funny Teutonic/Italian accent. He started calling me on the phone and I very much liked every time I heard it. I was sorry such great people have to leave my country. We are living in a globalized world, but for me talking about my fellow countrymen is like when I watch on TV the FIFA World Cup and Italy plays.

It’s quite easy when you walk in the streets of Berlin or Frankfurt to find Italian immigrants. Every time I meet one of them I smile and somehow I feel bad because I can’t do anything to bring him back home. Anyway, let me tell you a secret. When you meet an Italian on the street there’s a way to understand if he’s a tourist or an immigrant. If he/she:

Believe me, the answer is: 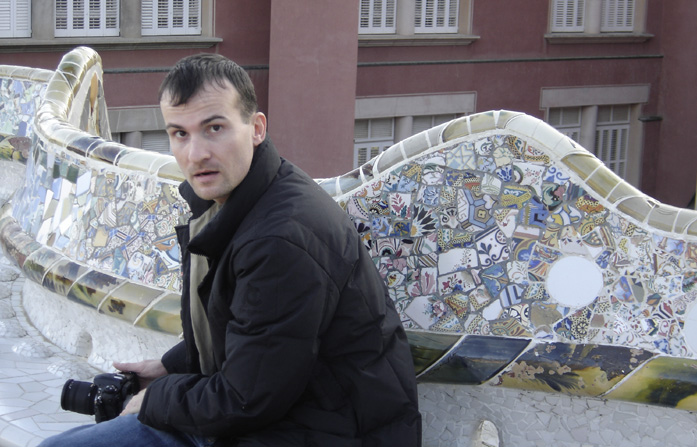 Here I was shooting a time-lapse using a pocket tripod in Parc Guell, Barcelona, in 2008

More or less at the beginning, HSE24 asked the most important question:

How much do you want for those three videos?

A bit like Saul from “Better Call Saul,” I answered naturally:

There were two reasons for that price:

Ten days later, I got a figure that allowed me to get by for a while. That footage was shot when Microstock was my second job, and I was more like a tourist with the camera.

Judge for yourself: the video of the deal is the one above. Bad camera movement, no sun tracking, no hyperlapse… Under that you can watch the footage I shot in 2015 after becoming a professional Microstocker:

An important source of income for stock footage producers are direct sales. If you create a YouTube channel with at least 30 videos, each one showing a collection related to a specific subject (a city, a sport, a job…), you’ll get contacted by directors and producers who ask permission to use your content. Obviously:

With direct sales, you don’t pay agency commissions which are: 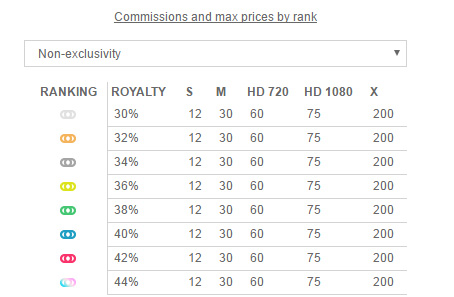 Fotolia commissions are based on contributors ranks.

Direct sales are an attractive source of income and a great way to increase your digital reputation (ask permission to use the production logo in your website if you close the deal!).

But you have to walk a long and winding road before being contacted:

But the best advice I can give you is to put a watermark on your footage. Let me explain this a bit better. We live in times where the laws are weaker than technology. Look at Uber and Airbnb. Look at YouTube: there are tons of pirated videos there, but Google says:

We cannot control what our users upload

And those videos are still there. For the law, no one can use what you have produced without asking permission, even if you have posted it on a social network. But the real world is that if you publish your video without protecting it with a watermark anyone will be able to use it, regardless of the law. 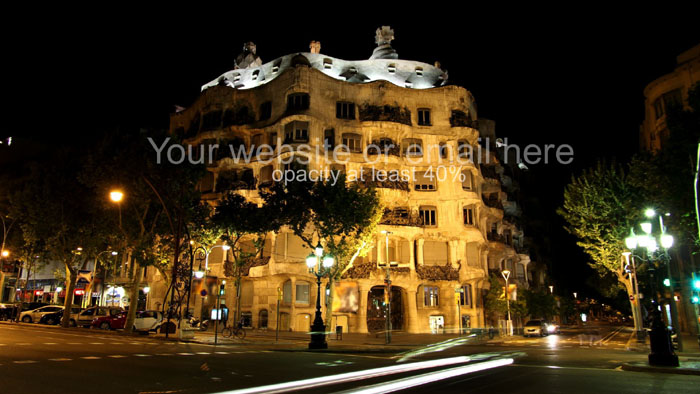 I’m talking from my personal experience because I receive at least 10 emails per month with a request to use stock footage that I have produced. Applicants are always with no budget (but they can change my life placing my name in the credits…). I used to write back a clear message:

Thanks for contacting me. Stock footage is a business for me. I want 300 Euro.

Four times out of five they disappear. If I wouldn’t protect my footage with the watermark, didn’t they use it? Well my friend, remember:

Never sell your stock footage just to have your name in the credits.

Because that is the only thing most of the people want to pay you with.

Unfortunately after 20 years of mass Internet usage, most users will feel in the right to use any content without paying: stock images, stock footage, films, music, books. Once a Swiss designer contacted me to ask me for permission to use vintage footage of his country he found on my Youtube Channel. Ok, stereotypes are not good, but in my opinion those two words:

Mean money in the bank. Holidays in Saint Moritz. Porsche in the garage. Shopping in Milan boutiques.

I asked him 200 Euro (it was the beginning for me and I was cheaper than today!). He suddenly disappeared, even though for the preliminary emails he used to answer in two minutes. He preferred to lose hours looking for free content, instead of paying (I think 200 Euro is less than what he asks for an hour of work).

This is the world outside your door, and you must know it before becoming a Microstock producer.

There are entire TV shows created on material downloaded from the web. I worked for TV for many years so I know they never ask permission, regardless the subject is a skateboarder crashing on a wall or a child on the playground.

So I recommend this:

Put a watermark on your video, and always ask for money to those who want to use it, even if they tell you that they are poor and they use it for a charity event.